Black Lives on Screen: Program of works by T.J. Dedeaux-Norris 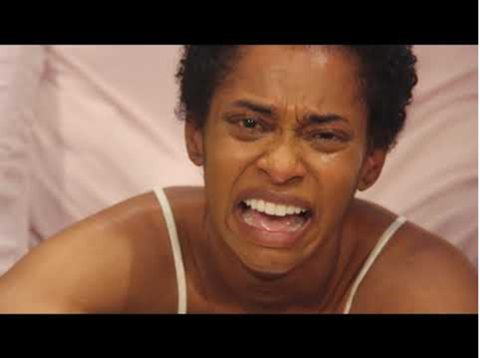 "Tameka Jenean Norris is, was, an academic American artist who found her identity as an artist specifically through the community college experience [with] hurricane Katrina in 2005 being sort of a marker for when Tameka's work arrived." - TJ Dedeaux-Norris
With the backdrop of the Figge Art Museum and the solo exhibition, 'The Estate of Tameka Jenean Norris', TJ Dedeaux-Norris delivers a home going for the persona Tameka Jenean. 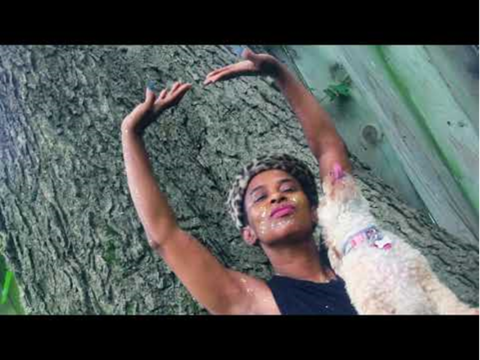 Meka Jean Addresses Identity, Labor, and Being a Queer Black Artist in Her New Visual LP
Still (a) Life is Available to Stream Now on Vimeo and Youtube.
CEDAR RAPIDS, IOWA, January 31, 2021— Following her popular 2016 Ivy League Ratchet EP, multimedia artist and shapeshifter Meka Jean drops her new visual LP, now available to watch on Vimeo. The release of this new album is timed in conjunction with the closing of T.J. Dedeaux-Norris’s “The Estate of Tameka Jenean Norris” at the Figge Art Museum in Davenport, Iowa. In the context of public conversations around appropriation, the recent white-supremacist raid of the United States Capitol building, and the state-sanctioned murders of Breonna Taylor, George Floyd, Ahmaud Arbery, and many others, Still (a) Life is a powerful response to the actual and perceived limitations of Black identity in the United States today.
Meka Jean’s visual and sonic references are vast. She pulls from her own personal trajectory—from her childhood in southern Mississippi and life as an aspiring rapper in L.A. to being an “Ivy League ratchet” art student and Chelsea gallery darling. Shots from the visual LP channel equally the shaky-cam Cash Money music videos of the 1990s and the techniques of early video and performance art. Meka Jean’s outfits and appearance alter from shot to shot, mimicking the sexualized vixens of hip-hop and pop music videos at one moment and then Blair Stapp’s famous photo of Huey Newton holding a shotgun and a spear in a rattan throne in the next. " 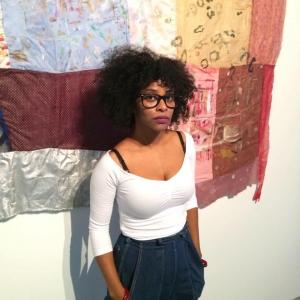 T.J. Dedeaux-Norris aka Tameka Jenean Norris was born in Guam and received her undergraduate degree at the University of California, Los Angeles before graduating with an MFA from Yale University School of Art in 2012. Norris has recently participated in numerous exhibitions and festivals including at Nasher Museum of Art at Duke University, Durham, NC; Yerba Buena Museum, San Francisco, CA; Prospect.3 Biennial, New Orleans, LA; The Walker Museum, Minneapolis, MN; Contemporary Arts Museum Houston, Houston, TX; and The Studio Museum, Harlem, NY, Rotterdam Film Festival, Rotterdam,Netherlands, Sundance Film Festival, New York, NY, Mission Creek Festival, Iowa City, IA among many others. Norris has participated in residencies at the Skowhegan School of Painting and Sculpture, the Fountainhead Residency, Grant Wood Colony Fellowship, and The MacDowell Colony. She is the 2017 recipient of a National Endowment for the Arts grant and a tenure track Assistant Professor at University of Iowa. 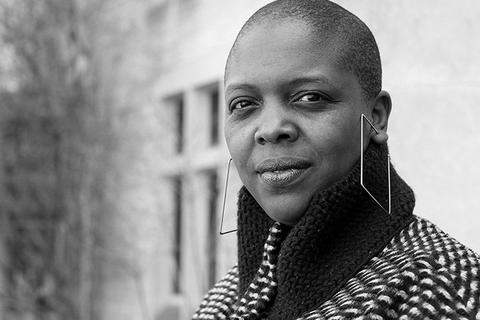 Terri Francis teaches film studies courses and directs the Black Film Center/Archive at Indiana University. She is a scholar of Black film and critical race theory whose work involves archival research, cultural history, and visual analysis, set within the vicissitudes of performance and representation. Francis published her research on Jamaican nontheatrical films as “Sounding the Nation: Martin Rennalls and the Jamaica Film Unit, 1951–1961” in Film History in 2011, and she guest edited a close-up on Afrosurrealism for Black Camera in 2013. Francis is the author of Josephine Baker’s Cinematic Prism (Indiana University Press, forthcoming), and her essays appear in Transition and Another Gaze. Francis has worked to animate the Black Film Center/Archive as a living, breathing center of new and offbeat ideas about Black film. She has curated the film series “Race Swap,” “Black Sun/White Moon,” and “Love! I’m in Love!” and the speaker series “Black Film Nontheatrical and before Representation.